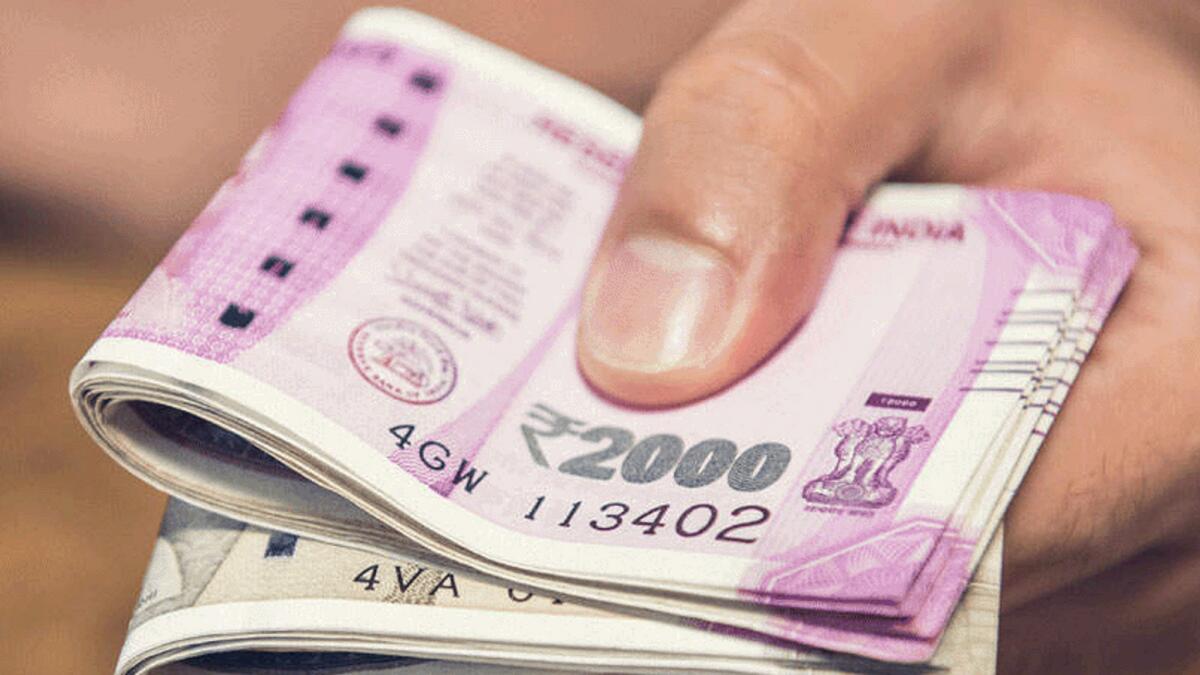 The Indian rupee fell 5 paise to 75.49 towards the US greenback (20.56 towards the Emirati dirham) on the opening of the market on Wednesday as persistent overseas fund outflows saved the stress on the native unit.

However a rally within the Indian equities and sliding crude costs within the worldwide market restricted the rupee’s fall, stated foreign exchange merchants.

On the Indian interbank overseas alternate, the rupee opened robust at 75.38 however couldn’t maintain on to the features and dropped 5 paise to cite 75.49 towards the greenback in early offers.

Fitch Rankings on Wednesday minimize India’s financial development forecast to eight.4 per cent for the present fiscal however raised the expansion projection for the following monetary 12 months to 10.3 per cent.

The greenback index, which gauges the buck’s power towards a basket of six currencies fell 0.22 per cent to 96.16.

(with inputs from PTI)